Advantages and Disadvantages of Electric Stoves for Your Kitchen – Now electrical energy has become the most needed thing for every home. Electricity has been widely used in society and various household devices since hundreds of years ago.

Your kitchen is also increasingly sophisticated and easy to find devices that use electricity. Starting from rice cookers, refrigerators, microwaves, and now, stoves.

Well, get to know the myriad benefits and potential drawbacks of an electric stove that might be your choice for comfortable cooking in the kitchen! 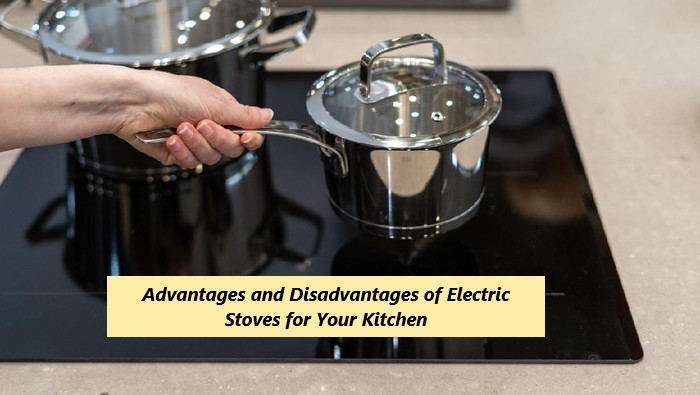 How Does an Electric Stove Work

Basically, an electric stove consists of two components, namely the surface of the stove which is usually made of glass or ceramic and a heating component that can be located inside the electric stove or exposed outside the surface.

When the stove is connected to electricity, an orange light will appear on the stove when it is hot. When the wire is hot, the heat energy will spread to the entire surface of the stove through infrared energy.

If cooking utensils such as pots are placed on it, energy transfer will occur by conduction. The heat from the electric stove will also be received by the cooking utensils which will then cook the food.

Electric stoves don’t use gas, so you don’t have to worry about a potentially dangerous gas leak in your home.

In addition, the heat energy produced is only concentrated on the stove, so for those of you who have a small kitchen, there is no need to bother the room will become hot and uncomfortable during cooking.

Electric stoves are easier to use and install. The source of energy is the same as any other equipment, namely electricity, so all you have to do is plug the electric stove cord and plug into your home’s mains.

In addition, the flat surface of the stove makes it easy to clean simply by wiping it without moving the stove components.

When the electric stove is turned off, the heat will remain for a while so that the finished dish does not cool quickly and retains its texture and taste.

In addition, you can use this remaining heat to heat small portions of food without having to turn on the electricity.

Gas stoves are still popular for a reason—it’s cheaper. Gas stoves are indeed more commonly used so that there are many components that help to ensure safety are sold in the market and the public is also familiar with their use and installation.

In addition, electric stoves on the market generally only have one or two surfaces, which is certainly too few for household use.

Due to the heat energy still persists after the stove is turned off, it can be dangerous if accidentally touched. Especially for children, it is very possible for them to be injured by touching the surface of an electric stove that has been used up.